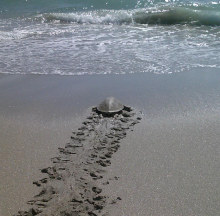 In Florida, the responsibility for managing the marine resources which include marine mammals falls under two main umbrellas. The state agency involved in marine species is the Florida Fish and Wildlife Conservation Commission (FWC). Their wildlife page is helpful in understanding their work which includes both land based and marine species. Their emphasis with marine mammals is centered on the Florida manatee and the Northern Right Whale but they also are involved in other stranded marine species such as whales and dolphins. In addition, they are heavily invested in sea turtle management and research. Their progressive programs partner with sea turtle rehabilitation facilities, emphasize sea turtle nesting protection, and are involved in numerous research projects with many outside partners. The federal component for marine mammal protection is managed by NMFS (National Marine Fisheries Service) which is a division of NOAA (National Oceanic and Atmospheric Administration).

In 1972, congress established the Marine Mammal Protection Act (MMPA) which gave NOAA and its subgroup NMFS authority over all cetaceans and pinnipeds. In 1973, the Endangered Species Act (ESA) was established to further extend protection for endangered animals and their habitats. Both of these acts addressed the overwhelming concern of population decline in many of the United States’ wild animal species.

In 1992 congress enacted Title IV of the MMPA which established the Marine Mammal Health and Stranding Response Program. This legislation set up formal stranding response agreements between volunteer groups and NMFS. It also established Unusual Mortality Event (UME) response and funding, a national tissues bank, and guidelines for release of rescued animals and collection of scientific data. The Prescott Grant Program was initiated to support members of the stranding network with competitive grant funds. 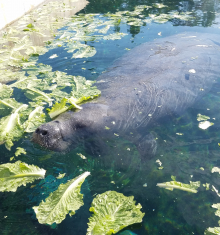 Animals maintained on exhibit in public aquaria and zoos are under the care of veterinarians and husbandry staff but are subject to the authority of the United States Department of Agriculture (USDA) Animal Plant and Health Inspection Service (APHIS). Through the Animal Welfare Act of 1966 established standards of care and ensures that animal care facilities are regularly inspected.

The Florida Fish and Wildlife Conservation commission also regulates wildlife that are indigenous to Florida waters with their own set of managed care regulations.